Since Season 3 of Video Game High School (VGHS) has come to a close, I can’t help but wonder whether the series I have come to love has finally finished for good (unintentional rhyme there).

The creators of VGHS have created a universe that I am sure many people would love to live in; I know that I am definitely one of those people. I mean who wouldn’t want to go to a school mainly focusing on Video Games? Most people wouldn’t? Well they’re lying! I mean think how many games you’d get to play and how many achievements you’d unlock as a result. If that isn’t a life goal to strive towards then I don’t know what is!  They’ve created an incredible series with amazing cinematics and a wonderful script that I can’t get enough of.

So what happens in the finale?

The Law is back with vengeance but this time not for Brian D, Napalm have taken over VGHS and plan to turn it into a Mega Mall leaving the students without a place to call school and like any brilliant finale there is a battle…TO THE DEATH! – think the Battle of Five Armies but with students, one ex principle, a shipment load of guns and a video game feeling throughout – it’s Bully meets Battlefield. 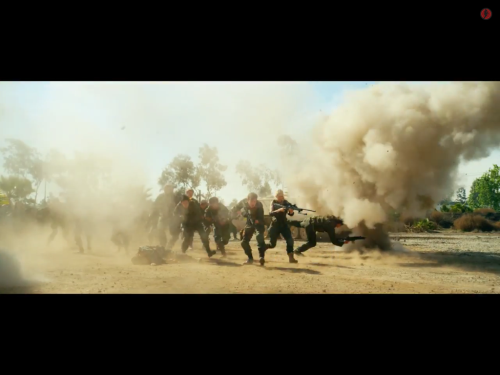 Ending a series that has grown to be loved by millions is a hard task, it can be difficult to create the “perfect” ending that everyone will love but I think they ended it in the best way possible and I personally really liked it. It was happy but at the same time sad and sometimes these type of endings can be perfect and just how a series needs to end even if it doesn’t please everyone.

The school of course wasn’t turned into a Mega Mall, VGHS won against Napalm in a battle to the death, The Laws (yes there are two of them now) ignited their bromance and Jenny was offered her dream position with the Panthers in France.

But what happened to Brian in the end?

Well he doesn’t get to keep the girl but at the end of it all he still has his two best friends.
It wasn’t a “typical” high school ending that you come to expect with these types of series; the girl and boy didn’t end up together  and it was happy just in a different way to the typical “happily ever after” teen endings that we’ve all come to expect (that are really really unrealistic), it went the complete opposite way and I am glad.  He still had someone there who cared for him, well even better than that he had two – three if you include his adorable cat Cheeto so I think he came out on top. I’m just sad to see the series go.

If you want to watch all VGHS, find them here -> www.youtube.com/rocketjump

“Well kid, we have a lot of cleaning to do”

I do not own any of the above pictures.  These are screenshots taken from Video Game High School Season 3 Finale and are the property of Rocket Jump.